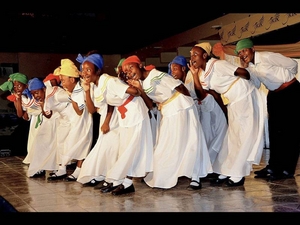 Kensington Primary School in St. Catherine, a school know for its high pass rate in numeracy and literacy in the Grade 4 National Literacy and Numeracy Tests, has found itself in the news for the wrong reason.

The school’s senior management has come under pressure from a small group of parents for its defence of its corporal punishment policy.

The flogging of students has been a part of Jamaica’s school history from the inception of schools and also a part of this school’s policy. It is believed by the school to be an important and effective part of its behaviour and discipline policy. Some parents have gone as far as to say that it’s the flogging of the students that has contributed to the school being arguably the best primary school in the country with 99 and 94 per cent proficiency in literacy and numeracy respectively, in the National Grade Four Literacy and Numeracy Tests (Ministry of Education data).

A case that was highlight in the matter was that of a nine years old girl whose parents objected to their child being the subject of corporal punishment and subsequently removed their child from the school.

The statutes of the Child Care and Protection Act have drawn The Office of the Children’s Advocate (OCA) to weigh in on the matter. The OCA is declaring that corporal punishment is illegal and appears to be backing the small group of parents who wants it removed from the school.